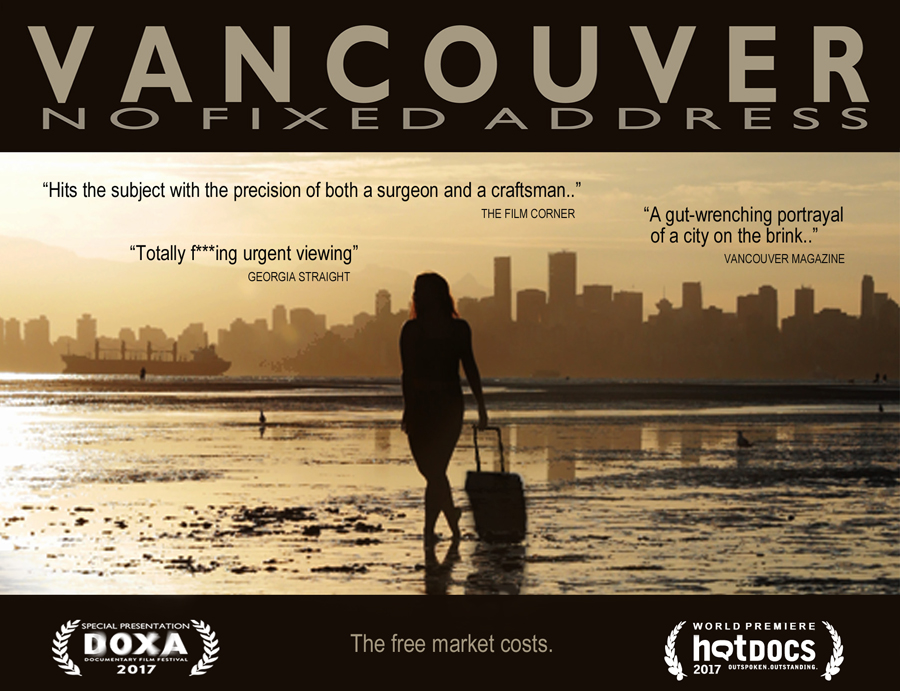 Charles Wilkinson’s feature documentary Vancouver: No Fixed Address takes a look at the Vancouver housing crisis. Premiering at North America’s largest documentary festival – Hot Docs in Vancouver the film has gone on the play a successful theatrical run across the nation as well as becoming regular fare on TV.

From Toronto to Sydney and from San Francisco to London the cost of housing in cities around the world is skyrocketing. Vancouver: No Fixed Address takes an uncompromising look at the drama unfolding in one such city, where multi-ethnic citizens fight to preserve homes as living spaces instead of global financial commodities. It is also a story about the very idea of home, what promotes or destroys one’s sense of belonging, and struggling to cope with the strange and often threatening economic and social forces at the start of the 21st century.

Vancouver, Canada consistently ranks in the top five cities on Earth to live. A city with unparalleled natural beauty, a relatively clean environment, safe streets, stable institutions, and an attitude that prioritizes lifestyle over work.

It’s paradise for some but others are forced by high prices to live on the streets, and live in substandard conditions, or struggle to hang on to the homes they have. The film also looks at our housing casino and those cashing in on the meteoric rise in housing values. In other words, it’s a story most of us are involved in.

Director Charles Wilkinson and producers Tina Schliessler and Kevin Eastwood (the team behind Haida Gwaii: On The Edge Of The World, and Oil Sands Karaoke) have assembled a group of residents deeply affected by the housing boom, as well as a number of key influencers in the city including: Mayor Gregor Robertson, Musqueam playwright Quelamia Sparrow, “Condo King” Bob Rennie, journalist Sandy Garossino, Senator Yuen Pau Woo, and scientist/broadcaster/activist David Suzuki.

Vancouver: No Fixed Address examines the common issues at work within the global housing bubble – arguments debated in many cities worldwide experiencing astronomical, often inexplicable increases in real estate values. The documentary delves beneath the headlines and rumours and comes to some unsettling conclusions about home – a place we thought we knew.

Vancouver: No Fixed Address was produced by Shore Films in association with Knowledge Network and Optic Nerve Films and was made with the participation of the Canada Media Fund. The film is the finale program on October 17th in BC's Knowledge Network's amazing Fall 2017 series 'Globalization And Its Discontents'.

The film is available for free streaming in Canada now at:  https://www.knowledge.ca/program/vancouver-no-fixed-address

What The Critics Are Saying

"One of the best feature films of 2017.  Hits the subject with the precision of both a surgeon and marksman. We're dazzled and informed."
The Film Corner

"…Beautifully captures why people love this city"
My Cinema Toronto

"…Paradise is placed right next to paradox…"
Vancouver Courier

"…Gut-wrenching portrayal of a city on the brink…"
Vancouver Magazine 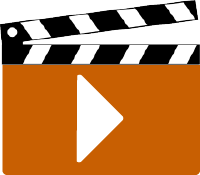